In the late 1960’s and early 1970’s, the U.S. music scene saw a confluence of two trends: a rising interest in traditional folk music and the popularity of outdoor music festivals. The National Folk Festival Association (NFFA) and the National Park Service (NPS) collaborated to create several regional folk music festivals including the Northwest Folklife Festival in Seattle. The festival’s founding in 1972 coincided with a fertile period in the development of local cultural institutions following the 1962 World’s Fair. Perceived by some as a golden age of the arts in Seattle, many organizations founded in that period, including Folklife, were fueled by an anti-hierarchical, anti-commercial attitude that capitalized on the Northwest’s geographic isolation from east coast arts hubs. An independent nonprofit organization since 1984, the Northwest Folklife Festival has grown and evolved, but remains resolutely populist: a free outdoor festival that continues to focus on the traditional arts of a wide circle of ethnic and cultural communities reflecting the demographic change and growth of Seattle in the ensuing five decades. 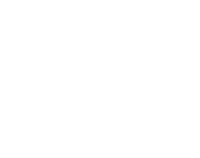 This research is part of the Arts Ecosystem Research Project, an ongoing initiative to research and document the Seattle region's arts and culture sector. To learn more, click on the logo to be redirected to the project website.